Ditch the shame about your adult kid who never grew up

I was in Costco a few days before the governor of California issued the shelter-in-place order as a result of the Coronavirus. The woman behind me started a conversation about paper towels that segued into a mini-rant about her adult son, who lived with them, and how she’d come to the store to get him what he’d asked for. She didn’t want to come to Costco but he needed the closet organizers and the backpack in the catalog, but the latter item she couldn’t find in the store. Another customer overheard and pointed. There it was. The woman shrugged. “I’m not getting it. Too bad for him.”

I didn’t ask why she made the trip; it wasn’t my business—correction: I didn’t want to make it my business. Her intentionality of getting back at him was mind-blowing. Why couldn’t she have been direct with him, that she didn’t want to go, or buy it. Likewise, why couldn’t she be honest with herself—that she was torn between wanting him to have something and being angry because she “felt” responsible in some way that was likely less of a one-time thing and more of a this-is-a-pattern-of-always thing.

“He’s always asking me for things,” she said, speaking directly to my back now. I turned so as not to be rude. Despite her perfectly applied makeup, she looked not so much tired from lack of sleep but the kind of tired people with resentment often show: harried, distant, pleading, bitter.

“I wish someone would do something for me,” she said.

I nodded but inside was overcome with the thought—and I’m not proud of this—who would want to do anything for you? You’re like a walking premeditated-resentment factory. Of course I had no proof of this and, of course, I’d never say that. I needed to manage my own feelings; they did not belong to her. But, yes, she triggered something.

My phone buzzed. One of my daughters had answered a text about the size of a top that sat on a table three feet away. I quickly retrieved the item (and, had I been farther away would have had to forgo it) but this formed a small gap in the line—about two feet. I pushed the cart ahead and apologized to no one and everyone in that awkward way shoppers often do. A few people smiled. No one seemed to care.

Or so I thought.

“The last time I was here there was a young couple who were on their phones the entire time in line and the cashiers yelled at them for not unloading their carts and paying attention. They put everyone out. Very very selfish. It’s not fair to everyone else in line.”

I nodded to her and proceeded to unload my cart so the cashier could ring up the items. Ever have that uncomfortable feeling of being the object of someone’s old stinking resentment and neither they  or you realize it? Perhaps you made a minor error—not pushing your cart fast enough—and you get an earful. The other person already has a list going in their head of what YOU did wrong and THEY did right. There is no middle ground. This is particularly an issue when the person is accomplished and has been rewarded in some way for their standards—whatever they are (“productive,” “helpful,” “a doer,” “on it” … you get the point).

I knew on an instinctual level that, deep down, she was also a grudge holder, full of resentment. I was not the cause but the trigger to make her spew, but DANG! I felt that icky blanket of her toxicity.  This much I know—as uncomfortable as it was for me, it is worse for her, her adult son and people close to that situation.

I’d forgotten about that story until I started thinking about parents who are living with, who love and care about, an adult child who is highly dependent. I was thinking how difficult it must be during the pandemic, where orders to stay at home and social distance can trigger parents’ anxiety—particularly if an adult child lives with them—that their child won’t ever leave the house.

The media is flooded with stories of highly dependent adult children who fail to launch. Many find these stories highly entertaining; they mock and stigmatize1 the kids and their parents. The problem is misunderstood.

Why this happens is summed up by Eli Lebowitz of the Yale Child Study Center in his research published (pre-pandemic) in the Journal of the American Academy of Child and Adolescent Psychiatry1: When parents “make sporadic attempts to modify the situation and not accommodate the child,”1 they are often “met with expressions of anger, betrayal, and aggression… these high-emotion reactions and bursts of outrage and indignance put the parents into full retreat.”1 The cycle continues, however, to no avail. Problems intensify. Except the parent’s resentment and their feelings of impotency get worse. They keep trying to get their child to “grow up.” But they are already grown up.

Dr. Lebowitz’s research shows there are crucial things that parents can do1:

So, how can we translate these recommendations. Here are a few things to do that lay the groundwork for parents:

Photo by cyrus gomez on Unsplash 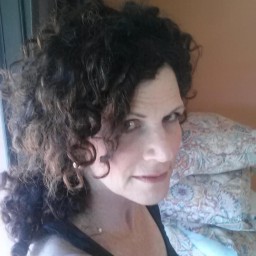 A licensed clinical social worker, Meredith is a member of the International Association for Journal Writing, the C.J. Jung Club of Orange County, California, and an associate member of the Trauma Research Foundation. She has a special interest in healing through the expressive arts.

If it’s not your shame, give it back: 6 questions to help you know

If it’s not your shame, give it back: 6 questions to help you know

Is it time to end that so-called friendship?